Why I No Longer Read Books 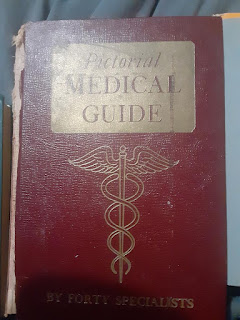 I've been an avid reader for as long as I can remember. I would read anything and everything I could get my hands on. My mom told me that she once found me hiding in the closet reading from the Better Homes and Garden Family Medical Guide.I was just 6. The one we owned looked just like the one over to the left. And it was well worn. I loved that book. It had pictures. Lots of pictures with over-lays. The ones that fascinated me the most were the ones of the pregnant lady and the baby.(Probably why I was hiding) I wish I still had that particular book. I have a newer copy from the 1970's. But it's not the same. Or else I just grew up. One or the other. 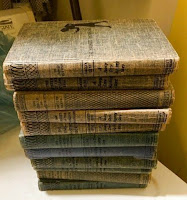 Then I went on to other books. My favorites were the Nancy Drew Mystery series. These aren't mine either. I didn't own them. I got them from the library. But they looked like these, This would have been in the 1950-1960's. I still like  mysteries or thrillers. I just don't like to 'read' so much anymore.

I am not sure when I stopped liking to read. Now I prefer to listen to audio books. I didn't use to like them, but once I trained my mind not to wander from the story, it is the only way to go. I can turn off the lights. I can set the book to play for 30 minutes, 60 minutes, or whatever. And if I fall asleep it is okay. There isn't a light to turn off. I don't still have my glasses on my face. And the book hasn't fallen to the floor, with my place lost, and pages often creased. And when it comes to finding myself waiting somewhere my book is always with me. I have the app on my phone. And I always have my phone. 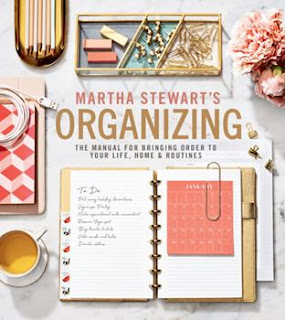 Some books aren't ideal to listen to. But those are the ones that are stacked on my coffee table. The ones I flip through. Like the Martha Stewart Organizing Book. Or that Better Homes and Garden Medical Book. Those are books made for browsing. Not reading!

So I just don't read books anymore. I listen. And I like it. What about you? Do you like to read a book? Hold it in your hands. Sniff the pages. Or have you made the switch to audio books? Or do you do both? Curious minds like to know.

The End of a Miserable Year

Finally, we are coming to the end of this very odd and horrible year. It wasn't all bad but what was bad was very, very bad. Wouldn't you agree with that?

I am over this damn virus crap. What about you? I have stayed home, almost entirely, since the beginning of March. I order groceries online and go pick them up or have them delivered. Depends on my mood. I have not missed grocery shopping because it wasn't something I liked to do anyway. But, I do miss Dollar Tree and Hobby Lobby. And an occasional trip to Wichita to Target and Michael's. I don't miss restaurants because I don't like to eat out alone. But I do miss the occasional dinner out with my son or my grandkids. I don't miss going out to visit other people. Because I am really a loner and a homebody. But I do miss having people come to my house. I miss going out to see my little brother. (He is more of a homebody than me). I miss rational people. You know those times before people became so angry at being asked to wear a simple piece of cloth over their mouth and nose to prevent infecting others or themselves. So much ignorance and selfishness in this world. Other countries have been so much smarter than the United States. And we are supposed to be the 'greatest' country in the world. I am wondering if 'our rights' have really made us dumber and sicker. We have certainly had more deaths than anyone else.

Can you believe it is almost Christmas? Once again we will have a very small gathering of just the immediate family. Paige came over and decorated my tree. I don't know that I would have even bothered this year. Here is a short video she took after she was finished with it.

Thanksgiving was interesting this year. I got up early to put the turkey in the oven and soon noticed that my oven was really, really hot. I have a little oven temp guage so I put it in the oven and the current temp registered at 500 degrees. Jerked out that turkey and fiddled with the knob. No luck in lowering the temp so I turned the oven off. No problem. I have double ovens. Same thing happened in that over. My turkey cooked in under 2 hours. But it was still good and with careful monitoring I managed to complete the meal. The bad news is I am being told the ovens cannot be fixed. They were put in this house when it was built back in the early 70's. The repairman told me they can no longer get the needed thermostat to fix this brand. It is a GE. He attempted to sell me new ovens. To the tune of a starting price of $1200. I am not one to make rash decisions and decided to call another repairman to give me a second opinion. This is the only other repairman for wall ovens in our area. AND HE HAS COVID. So I guess I will just wait until after the new year. New Year, better news. Cross your fingers.I just won't be doing any baking. We are having soups for Christmas. YAY.
Teddy is doing good and brings me lots of joy. I got up to let him out in the middle of the night and right at the end of my driveway stood, not one, but two big deer. Teddy took off after them. Just like a good hunting dog. With his nose to the ground and flying as fast as he could. I didn't even have shoes on. I put on my shoes and took off after them. What a sight this would have been for my neighbors. But, thankfully, it was 3 a.m. Eventually, he stopped chasing them and came to find me. He was full of burrs, twigs, dead leaves...took me 30 minutes to pick it all off him. Needless to say he only goes out now on the end of a tether. No more chasing the wildlife in the middle of the night.
I want to wish all of you a Merry Christmas and a Happy New Year. Let's pray for some semblance of normal in 2021.
See you next year!