Hello! It is January. Can anyone believe how quickly 2019 and that entire decade flew by. I know that I can't. And so much happened in a decade. At least at my house. Some good. Some not so good. But, never the less, life does go on. And OUTSIDE MY WINDOW it is winter. We have had some crazy winter weather here in Kansas. We have seen highs in the 70's and we have seen lows in the teens. Today it is cloudy and we have snow on the ground. I do not know if more is coming. But I do know that it is dreary and dreary is not something that is good for me. 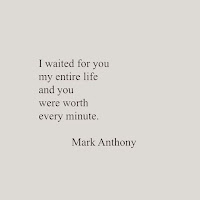 As I PONDER what my life will be like this next decade, I look backwards. I always look back. To see what I have learned and to see what I want to take forward with me. Do you do that? What I have LEARNED is I am stronger than I think I am. And that tears still come quicker than I want them to. But that I will never stop remembering and crying for the lost love. There will never be another, of that I am positive. Richard was my soulmate.

What have I been doing in this new year? What have I been WATCHING? I have binge watched the entire three seasonS of The Handmaid's Tale on Hulu. The book club I participate in online, The Paper and Glam Book Club  , is going to read Margaret Atwood's The Testament in March. It is a sequeal to The Handmaid's Tale, which she wrote in 1985. I had not read it so I took both of the novels on in December/January. And I was hooked. They are both dystopian works. Not a fan in the past. But I highly recommend both of these books. And the series. WOW! Scary to think something like this could happen. Especially with the administration we currently have in the White House. I am also watching Trump's Impeachment Trail. I don't know why they call it that. He has already been impeached. And will forever be impeached. Nothing he can do about that. This is his "removal trial." But I am sure most of us know that will not happen. Not with the cover-up that is currently in effect.  Are you watching?? Are you worried about the state of our country? Or is this the new norm?

I have also been READING in this new year. I have finished a couple of books that weren't about handmaids, LOL. I read Gretchen Rubin's Outer Order, Inner Calm. This book is about getting your house in order. I am working on that. Hopefully, it will bring me an inner calm. I have also listened ( same as reading in my mind) a couple more Melinda Leigh books. She is good. The titles I have finished in January are: She Can Tell and She can Run. Both thriller mysteries. Both are part of a series. 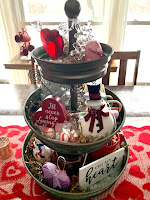 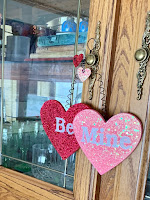 In January I CREATED my winter decor. The mantle is decorated in snowmen and valentines and snowmen. 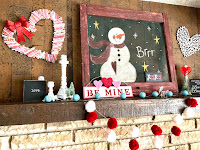 I am sure you all want to know what is being Planned at our house. Not much. The wedding we were looking forward to this summer is off. Not forever. Just not for this summer. The young ones have decided they are just not yet ready for a wedding. Maybe next summer. I will admit that I don't understand. But it is not my wedding. It is not my marriage. And it is not my relationship. But if they feel they are not ready, then canceling it is the right thing to do. They are still living together in the house they purchased.

Sunday we had an Earthquake here in Hutchinson. It was pretty darn scary too. The magnitude was a 4.5. It is the strongest we have had so far in Kansas. The things on my mantle were thrown to the floor and the snowman screen was broken. I was able to fix it. I was shaken for sometime afterwards. So was Charlie.

I have been doing some cooking and some eating out. Harley and I went out to eat at Olive Garden one evening and it was nice. I don't go out and sit down in a restaurant very often. But I go through my share of drive throughs! I did make a batch of these really good breakfast treats and ate them every morning for a week.


Now you know I like to share PHOTOGRAPHS of other loves in my life. And here of some of them:

And as always, I leave you with a QUOTE. Hope everyone is doing well and know that I think of you often and will be stopping by.