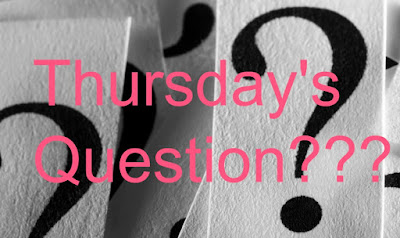 Oh my!
Who can believe that Thanksgiving is one week from today??
Raise your hand so I can count those who are with me, not believing!

It's a fact!
One week from today is Thanksgiving.

Today I would like to know what is your favorite Thanksgiving dish? Will you be serving it this year?

"We have an "adopted" daughter, Heather. She came into our lives as a 15 year old girl who was living in a local girls home. We took her under our wing and helped to finish raise her. She completed high school, went to college, became a nurse, got married and had 4 children. They live close by. We don't see them as often as I would like but we still claim her as one of ours.
When Heather married Marvin in 2000 she hadn't been around a kitchen much in her life. Marvin came from a farm family and has a mother who is a wonderful cook. The first few times Heather had Thanksgiving Marvin would tell her...."You need to call my mom and find out her stuffing recipe. It is the best". Haven't a lot of us wives heard that before?
So Heather finally contacted her mother-in-law and asked for the stuffing recipe that Marvin so coveted. And we haven't stopped laughing since. Because this is what she told her...."Go the the store and buy several boxes of Stove Top Stuffing and follow the directions on the box!!" She said that is how she has made stuffing all of Marvin's life. I have been known to cheat and make it that way as well. I just add my own onions and celery a bit of chicken broth and stuff it right into the bird. No one needs to know the difference. And, as you can see, they usually don't."

I use Stove Top Stuffing and doctor it up with onions, celery, and lots of Chicken broth!!

What is your favorite dish??