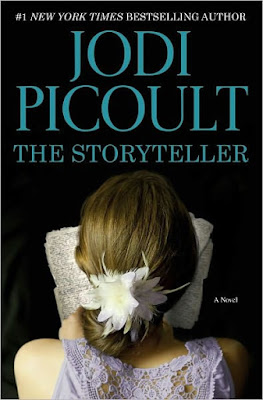 Overview From Barnes and Nobel

Some stories live forever . . .
Sage Singer is a baker. She works through the night, preparing the day’s breads and pastries, trying to escape a reality of loneliness, bad memories, and the shadow of her mother’s death. When Josef Weber, an elderly man in Sage’s grief support group, begins stopping by the bakery, they strike up an unlikely friendship. Despite their differences, they see in each other the hidden scars that others can’t.
Everything changes on the day that Josef confesses a long-buried and shame­ful secret and asks Sage for an extraordinary favor. If she says yes, she faces not only moral repercussions, but potentially legal ones as well. With the integrity of the closest friend she’s ever had clouded, Sage begins to question the assumptions and expectations she’s made about her life and her family. In this searingly honest novel, Jodi Picoult gracefully explores the lengths to which we will go in order to keep the past from dictating the future.

It is no secret that I love Jodi Picoult. She writes stories that are deep and dark! This story is about forgiveness. Something I struggle with. It is not easy to forgive. Especially the big things in life! Like the Holocaust. She writes in such a way that I feel like I am right there in the corner experiencing everything the  characters are going through. I'm hidden. But I can feel the struggles. I felt the happiness in the beginning of the story. I felt the fear when the soldiers kicked in the doors and rounded them all up. I felt the shame as they were forced to live in the Jewish section of town. I smelled the richness of the baking bread. I could almost taste the cinnamon and the chocolate. I shivered when they were freezing. I cried when they cried. I held my breath right along with the sister who was holding her baby close while in the hidey-hole. I coughed to help cover his cries. Living along side of Minka in the concentration camp helped me see what the Jews went through at the hands of the German soldiers. I lived her pain when things weren't going well. And I shared her joy at the little things that brought her joy.

But the Holocaust story is only part of the book. The book is about Sage, a girl scarred by a car accident that killed her mother. A girl who is afraid of getting hurt again. A girl who is told a story by a really old German guy who is seeking forgiveness for his part in the Holocaust. And then he seeks her help to kill him. There is a story of monsters (other than the Holocaust) that is woven throughout the book. I didn't care much for that but it's symbolism was apparent.

I give this book 5 stars. Well worth reading. Have you read stories of the Holocaust? Do you think anything like that could ever happen again?