This is an overview by Barnes and Noble: 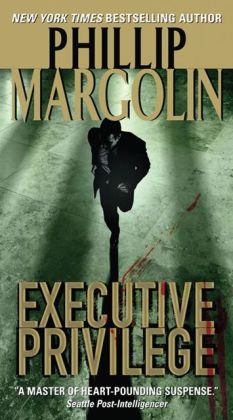 "When private detective Dana Cutler is hired by an attorney with powerful political connections, the assignment seems simple enough: follow a pretty college student named Charlotte Walsh and report on where she goes and whom she sees. But then the unexpected happens. One night, Cutler follows Walsh to a secret meeting with Christopher Farrington, the president of the United States. The following morning, Walsh's dead body shows up and Cutler has to run for her life." In Oregon, Brad Miller, a junior associate in a huge law firm is working on the appeal of a convicted serial killer. Clarence Little, now on death row, claims he was framed for the murder of a teenager who, at the time of her death, worked for the then governor, Christopher Farrington. Suddenly, a small-time private eye and a fledgling lawyer find themselves in possession of evidence that suggests that someone in the White House is a murderer. Their only problem? Staying alive long enough to prove it.


As I have told you before I am always surprised when I like a book that I downloaded free from Barnes and Noble. I get a lot of my Nook books free. Some of them are good and some leave a lot to be desired. This is one of the good ones.

It is a political thriller of sorts. It is a murder mystery. It involves the President of the United States who is sleeping with teenage girls and then they are dying.

The book took me just a bit to get into and then I was off and running. It had numerous main characters and I think they were well developed. I loved the plot. And the ending was not predictable. Probably why I liked it! Now I am off to read Me Before You by JoJo Moynes. It's been on my 'to be read' list for awhile.