While January brought national news of recreational marijuana shops opening in Colorado and trying to find out if Governor Christi knew or didn't know about the closing of the bridge, our family celebrated Darian turning 16 and Papa turning 81. It was in January we first saw Richard have those crazy twitches. And I started to wonder if this would be his last year. 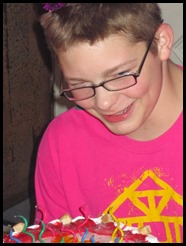 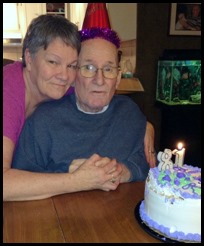 February brought crazy weather and we had ice dams on our roof. I had never heard of such a thing. But I learned much on how to remove them, prevent them, and pray they wouldn't cause much damage. And Harley turned 14. The Seattle Sea Hawks win their first, ever Super Bowl. 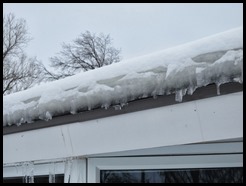 March brought March Madness and Kansas had three teams participate. Sadly, none of them made it to the end.Malaysian Flight 370 disappeared; never to be heard from again.  Richard was beginning to fail. But I had hope. And I found Hope all over America.

April brought the A-Z Challenge and I made new blog friends. And wrote a lot about being a caregiver. Kathleen Sibelius resigns as secretary of health amid the
many problems with HeathCare.gov  And I turned 63.

May brought Paige and Harley graduating from the 8th grade. And Paige turned 14. My two got out of school on May 1 for a very long summer ahead of us. I had the house painted. And Richard continued to decline.We were so thankful that he got to attend both graduations. 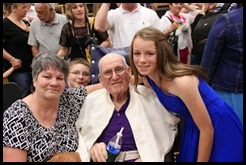 June brought many camps for Darian. He went to Colorado and camped outside with the Boy Scouts and then he went back to Colorado for wrestling camp. We missed him. And June was bad for Richard. And for me. And for all of us. I am not going back to visit any of those posts. But you can if you want. But I did paint the front door! 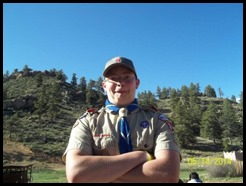 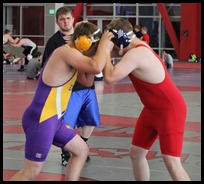 July found Darian and Harley going to Chicago for a mission trip. A big learning experience. My cousin came to visit. The end began. The struggles started. And then Richard died. The worst July of my life. 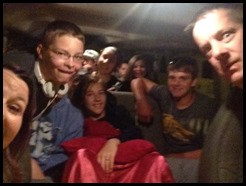 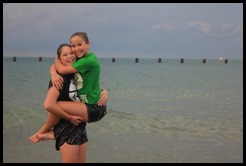 August was all about grieving. The finality of it. The paperwork. The sadness. The loneliness. And the end of summer. Robin Williams commits suicide. A black teen is shot by a white police officer in Ferguson, Missouri. And there were many, many ALS ice bucket challenges across America. We participated here as well.

September brings a fresh school year. Darian is a junior. Harley and Paige start high school as freshman. The news is full of Ebola and ISIS. Danny turned 43. Justin battled a bad case of pneumonia and back difficulties. And I grieved. I wrote 31 Letters to Richard. 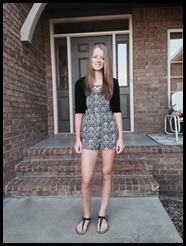 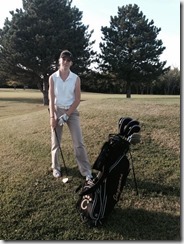 October finds us moving on. Justin turned 39. I was reading more. And writing. And grieving. Darian and Harley are in debate at school. And life just goes on. 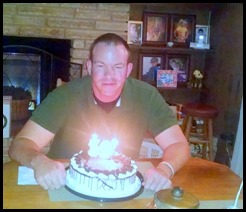 November finds us trying to figure out how we are going to celebrate the first Thanksgiving without Richard. Debate season ends.  Darian goes on his first date. I write a poem. And the grieving continues. Stories of Ebola, Ferguson, Missouri, and same sex marriage continue to monopolize the news. 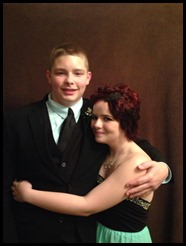 December starts basketball for Harley and wrestling for Darian. And Christmas without Richard. And more grief. And Microsoft kills it's clip art gallery.... And police officers that are killed just for the sake of killing. And we made it through the season. And it was hard. But we survived. 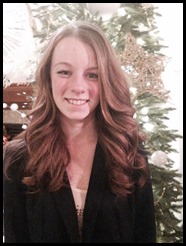 Email ThisBlogThis!Share to TwitterShare to FacebookShare to Pinterest
Labels: End of year review