The Gray and Guilty Sea

I just finished reading  The Gray and Guilty Sea by Scott William Carter. It was a Nook freebie and surprisingly I found it to be pretty good. I liked the main character. He was definitely my idea of a "curmudgeon". I fell in love with him early on in the book. It didn't go into enough detail about his past to really let me know what has caused him to be the way he was. Maybe that will come out in future books. This was the first of 3 in the Garrison Gage series. Here is what Publisher's Weekly has to say:

"Carter's writing is on target." - Publishers Weekly
A curmudgeon. An iconoclast. A loner. That's how people describe Garrison Gage, and that's when they're being charitable.

After his wife's brutal murder in New York, and Gage himself is beaten nearly to death, the crippled private investigator retreats three thousand miles to the quaint coastal town of Barnacle Bluffs, Oregon. He spends the next five years in a convalescent stupor, content to bide his time filling out crossword puzzles and trying to forget that his wife's death is his fault. But all that changes when he discovers the body of a young woman washed up on the beach, and his conscience draws him back into his old occupation - forcing him to confront the demons of his own guilt before he can hope to solve the girl's murder. 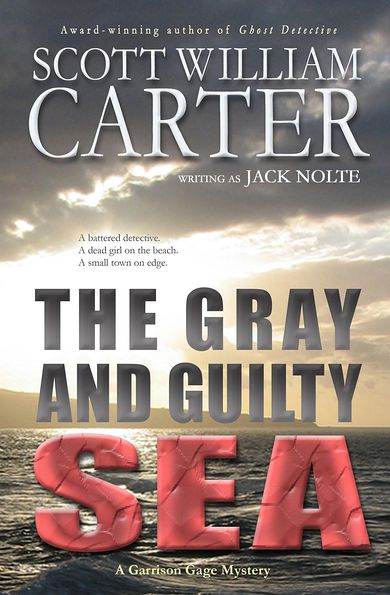