Each Wednesday I look forward to joining  my friend, Lisa, who blogs at My Sweet Peanut, in her writing challenge. She chooses a word and we write what that word means to us. This week the word is: 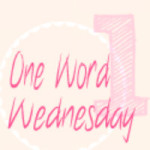 Many, many years ago I met a man. We did not make a connection. In fact, I really didn't like him all that much. I felt he was self-centered, arrogant, cocky, and way too self-assured for me. He was also my boss. But I worked for him for several summers and spent a little time getting to know him. Slowly over time, and two divorces later, we made a connection. He was a bit older and wiser than me. Eighteen years to be exact. But that didn't make much difference at the time. Our connection was made over the blonde heads of two little boys. He did not have any kids of his own. He loved kids. And I had two young sons. He courted me through my boys. I don't know if that was his initial goal but that is what happened. And he was very good at courting. And all of those things that I had initially thought of him were true. But he was also caring, generous, loving, and lasting.

Yes, ours was a love story. It was a journey. We had a connection. It wasn't always a smooth ride. We had our ups and downs. We had our differences. And we expressed them in our own ways. Me more volatile and he more peaceful, but firm. There were times of anger. Just like any couple with a connection. But there were also times of happiness and peace. And we were aging well together.

And then he became ill. And I started to feel the connection loosen. Just a bit. I hung on tight. He hung on tight. But we knew that day would come. And there would be nothing we could do. It is part of the circle of life. It is the natural ending.

I wonder now if I am still connected to him. I feel that I am. But he's gone. Can you still feel connected to someone who has died? That is an answer that I don't have. That is a struggle that I am dealing with. I don't have any regrets but I do have a wish or two. I wish I had taken more time, at the very end, to tell him a million more times how much I loved him. I wish I had not hurried to call others to come to his bedside but just taken my time to sit there and hold his hand and feel our connection. I wish I had spent more time with him alone before I was surrounded by all the others who loved him too. I want to feel that connection with him again. I want to believe that we will meet again.

Tell us what the word connection means to you. And link up with One Word Wednesday.

Email ThisBlogThis!Share to TwitterShare to FacebookShare to Pinterest
Labels: One Word Wednesday