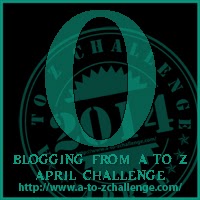 I feel obligated.
I'd be a liar if I didn't say that.
I take care of him everyday.
Out of obligation.
I said that vow when we married.
You know the one.
In sickness and in health.
For better or for worse.
For richer or poorer.
Until death do us part.
I said those words without thinking.
Like so many of us do.
No one ever thinks it will get like this.
Then we are surprised.
Like we had no clue.
But obligation is real life.
Part of being a wife.

Odors are part of it too.
Good odors and bad odors of everyday things.
Odors that please and displease.
I've learned ways from being a nurse.
To battle those that seem like a curse.
We often don't think about the odors
Of the ones we love.
I will miss his smell when he is gone.
I will cling to his pillow, long after it's done.

He has become so obsessive.
Or was he like this before?
Maybe I never noticed.
I had lots of other things to do.
He folds and re-folds anything close by.
I silently watch as the Kleenex becomes a pile.
Or the napkins by his plate reach nearly a mile.
He likes things just right.
Lined up next to his chair.
And we shouldn't move it.
Not even a hair.
Yes, I am obligated to care.
For his obsessiveness and the odors
And I try not to despair.