We are mostly a basketball loving family here. Well, my grandson doesn't really like it. He doesn't like to play and he's not that 'into' watching it. My husband and my son like football lots better, but do watch our state teams when they are playing. This year we had the good fortune to have THREE colleges in the NCAA Tournament representing Kansas. 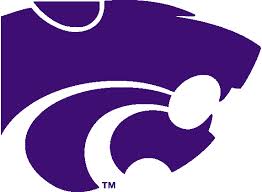 So we anxiously awaited this afternoon to watch the two Kansas teams that were left in the tournament. We were ALL cheering on both of our Kansas teams. Sadly it wasn't to be a Kansas team this year. KU lost to Stanford 60-57 and The Wichita Shockers lost in a very hard fought game to Kentucky (78-76). We are proud of all three Kansas teams. Well done guys!!!