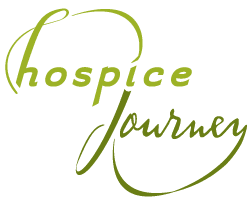 Yesterday when I wrote about feeling like I had fallen into a long, spiraling hole, I alluded to what we were going through here at our house. Little did I know that it was going to turn into a long, long nightmare. Yesterday started with mild confusion and lots of urinary problems. Frequency and urgency being the biggest problem. And then not going after we got him on the commode. By bedtime he was very worked up. He was doing all the repetitive actions that people with dementia often do. He was folding and re-folding a Kleenex or his blanket. And asking the same questions over and over. And getting kind of nasty if he didn't like the answer. So I started to just go along with him. Um huh! Yep, that's what I did.
And he did not close his eyes one single time all night long. Not ONE single time. And he rambled on and one and most of it did not make sense. And he was mad at me for some reason. I finally just stayed quiet, in the dark, and watched him. Occasionally I would doze. But mostly, I watched. And I couldn't help but think back on all the wonderful times we have had together. And I cried. And I grieved what I have lost. And I have not yet lost him. But I HAVE lost him. Do you know what I mean?
This morning when we woke up. Well, I woke up, he was AWAKE all night. I got him up. He was very weak. And couldn't stand. And it took all of us just to put him on the commode, give him a quickie sponge bath and change his clothes. We got him to the table and he said, "I am not eating anything that you make for me." Paranoia? So I gave him a glass of juice and fed him a cup of pudding. He ate that. And he rambled on and on. Insisted wewere at  the old Gas Service Building or the Bell Telephone Building downtown. Both have been gone for years. He slapped at bugs and pointed out spiders that were on the table. Hallucinations?
I messaged the Hospice nurse and requested an antibiotic. She wanted a UA. I said that ain't gonna happen cause he is incontinent all the time. And what about putting him on some anxiety medication on schedule instead of as needed. She agrees to both and the meds are ordered but won't be here until late in the day. We plan a road trip. I have some errands to run. He usually likes to get out of the house. As soon as we load him into the car he insists that a large semi-truck is lying on it's side in the garage. I don't try to change his mind. Um huh! We start off down the road. First stop is at the FRESH CORN stand. He wants to give me money. Insists on giving me money. Upset that he doesn't have his billfold. He hasn't carried his billfold in over two years. Since the stroke. He is happy to have two dozen ears of fresh corn though. I will have to shave it off the cob as he doesn't have jaw strength any longer so he won't be able to chew it off.
We stop at the gas station and he gives a continuous commentary on how to pump gas. I have been doing this for two years but I let him tell me how. It makes him feel like he is still in control. He snaps at the kids if they try to interject anything. They both know that Papa is NOT having a good day.
We continue on with the errands and he continues on with the mumbling, rambling, and repeating. We continue to say um huh. At one point he sings along with the radio. So funny! I have NEVER heard him do this before. I loved it. A special moment. The song was Kris Kristofferson  Why Me Lord! I will always cherish hearing my beloved husband singing along. If you don't know this song, please take the time to
watch here.
We arrived back home and got him settled into his chair. Fed him a sandwich. Gave him a couple of anxiety pills as advised by the Hospice nurse and he was out....OUT! As in OUT. And he slept for the next 6 hours without moving a single muscle except for breathing. I am so torn between letting him sleep (and giving me a break from the heartbreaking, wrenching observation of such an episode) or waking him so that he will sleep tonight. I am NOT waking him. I am going to take my chances. We are prepared to support him and love him all the way to the end. No matter how hard it gets. And it is HARD. Very, very hard!
Posted by Paula at 11:21 PM