How This Week's Meal Plan Worked with Real Life

This week has been a crazy week. On Monday Darian started with the early morning weight-training and the 30 minutes drives that start at 6:00 in the morning are killers. I am not really interested in doing much more than coming home and going back to sleep until it is time to get him again. Summer is NOT a slow time at our house by any means. We did eat the Cheesy Enchilada Casserole on Monday night. Made straight out of a Hamburger Helper box and doctored up. But it was good. 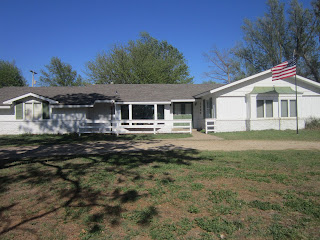 On Tuesday the roofers showed up to re-roof our house. It has been way overdue. My husband put the shake shingle roof on our house shortly after we moved in almost 25 years ago. As you know from this post our insurance was canceled so we had no choice but to put on a new roof. And it looks awesome. Don't you think? After a day of pounding and stress from having the roof put on and not getting my beef cooked, we jumped in the car and raced to Sonic and came home with burgers and fries. Not as good as beef and noodles but tasty nevertheless.
Wednesday is usually the day that Richard and I eat take-out since the kiddos go to youth group and eat but I cooked the beef in the crock-pot today and we had a yummy dish of beef and noodles after taking them to church. Best beef and noodles ever!

Thursday I cooked up the sensational salmon loaf with cheesy potatoes. My other recipe for potatoes is better than this one but that salmon loaf was out of this world. GOOD. Harley didn't think so but she had a baloney sandwich and everyone was happy. I haven't made a salmon loaf at home in years. I used to eat it at the nursing home and it was so good.

Friday night Paige and Justin came from Wichita and we followed the plan and had meat loaf with mashed potatoes and gravy and steamed Brussels sprouts. Was a bad episode when Richard choked while eating and turned very blue. Thought I might have to do the Heimlich but he was able to clear the obstruction (a little Brussels spout) and all was well. We celebrated Paige's 13th birthday with an ice cream cake later in the evening.

Saturday was supposed to be just Richard and I at home but Darian's Boy Scout camp-out was canceled due to bad weather. We did not fix BLT's as was the plan but went for sub sandwiches from Subway. Everyone loves these. Harley was spending the night with her cousin Paige in Wichita and celebrating with her. Takes several celebrations when you turn 13.

Sunday night we were under storm warnings so I just whipped up some omelets with onions, green peppers and cheese, bacon and toast. Breakfast for supper. One of the best. Quite tasty too. And we did have strawberry shortcake later in the evening. Thank goodness no bad storms here. But my new roof did get to experience quarter size hail without any damage.

How was your week? Did you stick to your menu plans?
Posted by Paula at 8:21 PM

Email ThisBlogThis!Share to TwitterShare to FacebookShare to Pinterest
Labels: How my meal plan worked with real life