I done wrassled with an alligator. Tussled with a whale. I done handcuffed lightening, threw thunder in jail. I murdered a stone, I hospitalised a brick, I'm so mean I make medicine sick.

History's most famous athlete was as nimble with word play as he was fleet of foot. He dazzled opponents and global audiences alike with his athleticism in the ring and his unflappable verbosity outside of it.

Gradually these trademark characteristics began to fade. His lightening reflexes slowed. His speech became impaired. His mind was still sharp, but his rhymes failed to dance off his tongue as readily as they once had. Over the years his body co-operated with his mind less and less. Explosive footwork slowed to a deliberate shuffle. A flight of stairs or a car door became as daunting a physical challenge as 15 rounds with Joe Frazier. The famous Mississippi Mouth became barely audible. Ali had fallen victim to a merciless, cruel opponent- Parkinson's disease.
Parkinson's disease attacks the central nervous system, reducing the brains ability to co-ordinate movement. The brain does its best to give instructions but the message gets lost in translation. This results in unimaginable frustration for the sufferer and ultimately renders the individual a prisoner in his or her own body.

This except was taken from Parkinsons.org. I think it explains Parkinson's very well. 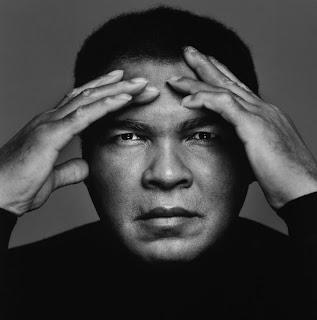