After Five Years, I still Miss you every single Day

January is a sad month for me. It is a month of remembering those whom I have lost. It was on January 8, 1959 that my dad committed suicide. I was 7 years old, getting ready to turn 8. But if that isn't bad enough, January is the month I lost my best friend. We had not really been life-long friends, but she was and still is today the closest and bestest friend I have ever had. I have other good friends. And I have a very special friend that has been through a lot with me. But Nanne was my BEST FRIEND FOREVER. My BFF. And I miss her.
My last conversation with Nanne took place on New Year's Eve, 2007. She called to tell me that Gary (her husband) and she had taken a spur of the moment trip from her home in Albuquerque, New Mexico to Mississippi to see her dad. It was not a trip they put a lot of thought into. She came home from work (she was a traveling nurse) and told Gary she wanted to go see her dad and they needed to get ready and leave now. You see, Nanne had a premonition. She wondered how long her dad would be alive and she had things she needed to tell him. They had recently put him in a nursing home and he was in the early stages of dementia. She was really worried that he would not know her, if she did not get there NOW. So they packed up and left on a road trip.
She called me to wish me a Happy New Year. We spent some length of time on the phone. Just like we always did. She told me that she didn't take her Lasix for the trip and was having some problems breathing, but that would all go away as soon as she popped a few Lasix and starting peeing and getting rid of the fluid. Nanne had a lot of health problems. She was really over-weight. She had chronic back problems like many nurses have. And she was a brittle diabetic. She was in the process of getting set up for 'stomach stapling' so that she could drop a lot of pounds and then have back surgery. She also smoked. A LOT! And so did her husband. They were staying with her twin sister Anne and she had been to see her 'daddy' and she sounded happy.
That was the last time I ever talked to her. A few days later her sister called to tell me that Nanne had a massive heart attack and was on a ventilator in the hospital  I was devastated. I was heartbroken  I was sick to my stomach and sick in my heart. I wanted to go to Mississippi. Her son told me to wait a few days until they knew how she was going to be. I called his cell phone and recorded messages for her and he would play them for her while she lay in the ICU with all the beeping going on around her. I called several times each day. I cried. I prayed. I remembered. We planned to go to New Mexico in February to spend more time with Nanne and Gary. I waited for Josh to call and tell me it was now okay to come. I made my plans. I asked for time off work. I laid out the clothes that I would take. I waited for the call.
The call from Josh came while I was at work on January 7, 2007. It was not the call that I was expecting. Nanne had died that afternoon. They could not save her. They tried. They coded her 5 times. The family had to decide to let her go. She was with her husband, her beloved only son and only child and her twin sister. She never woke up after the heart attack.
And I think of her every single day. Something will remind me of Nanne. I want to call her and tell her what is going on in my life. I want to tell her that Danny has relapsed. I want to tell her that we are raising his kids. I want her to give me advice on what to feel, how to deal with it, what to say. I want to hear her voice. I want to plan a visit. I want to get a letter. I want to send her a surprise and wait for her to call. I want to hear my phone ring out with her special ringtone' Don Williams singing You're My best Friend:

You're my bread when I'm hungry
You're my shelter from troubled winds
You're my anchor in life's ocean
But most of all, you're my best friend
When I need hope and inspiration
You're always strong when I'm tired and weak
I could search this whole world over
You'd still be everything that I need.
I miss you Nanne. There is so much I want to talk to you about. I want to tell you about Richard, and the stroke and how I am now home full-time taking care of him. I want to cry on your shoulder and hear you say 'it's all gonna be okay, sugar'. I want to hear you say to Gary, just one more time, 'ain't that right baby' with that beautiful southern belle voice of yours. I want to hear you laugh. I want to hear you bitch. I want to see you and hug you and talk to you. I want to hear you brag about that precious grandson of yours. Oh, he was the apple of your eye. You were so happy to finally have Lane in your life. And he was spoiled rotten by his granny and his Papa. I want to swap recipes with you and hear you talk about the struggles of drug addiction and tell me that one day Danny will come to his senses and be okay. (I don't know if that is ever going to happen, but I want to hear you say it anyway)
I know you are in Heaven! We talked about that and I know you believed. I know you watch down over us and are cheering me on. I know I will see you again someday. But until then, I will miss you!
Rest in peace, my friend. 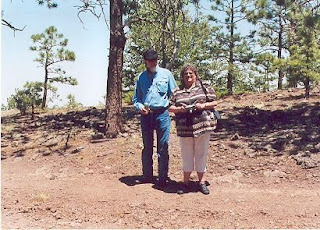 Email ThisBlogThis!Share to TwitterShare to FacebookShare to Pinterest
Labels: Nanne