I have now been a mother for almost 40 years. Yep, I said that right. In September of 1971 I gave birth to my firstborn and he will be 40 this coming September. Where have the years gone...it seems like only yesterday.
What have I learned in the past 40 years?
1. I have learned that being a mom never stops. It is a lifetime occupation. And you get no advance training. You learn on the job. There isn't a book or a workbook or a DVD to help you learn what to do. Oh there are plenty of books that give advice. And I have read most of them through the past 40 years. I have learned that some of that advice is sound advice and it works. I have learned that some of the people who give advice are either crackpots or never have had any kids of their own. So you just have to sort through it and take what you want and trash the rest.
2. I have learned that you sometimes have to listen to what your kids say. Sometimes they aren't asking you for the world, but just for a few moments of your time. If I could return to that day in 1971 when I gave birth for the first time, I would have promised him to give him every spare moment of my time. I would have listened to their dreams, their joys, their cares, and their hopes.
3. I have learned that you cannot be your kids friend. They need a parent; not another friend. They need someone to listen and to guide them. They need to have rules and consequences. And it is hard to make them stick to the punishment you give them. So that takes patience.
4. I have learned that you need patience. And plenty of it. But I haven't yet learned where that comes from! Patience is the hardest one.
5. I've learned that you have to know how to be a  referee, be a nurse, be a chauffeur, be a short order cook, and wear all those hats at the same time.
6. I have learned that THEIR dreams will not necessarily be MY dreams.
7. I've learned that I might not always like who they choose to spend their lives with, but we will have to find a way to get along for the sake of my sons.
8. I've learned that I might have to be available to help them in ways that were not in my plans.....like step up and raise their kids when they aren't able to. And to still love them unconditionally. And be quiet when the rest of the world is bashing them for their choices.
9. I've learned that it is even harder to stay out of their business when they are taking care of their child. Even though I don't agree with how it is being done. (hear me clearing my throat)
10. But the hardest lesson I have learned as a mom is to let go. I have had to take that backseat and watch as they go through life with all of it's trials and tribulations. I've learned that they don't always appreciate my advice. They will ask for it if they need it. It is hard to see them make mistakes and not run to try to fix it for them. Whether it is going to jail, losing a job, losing a marriage...they will survive it and hopefully become better men because of it.  I will just continue in my role of picking them up, dusting them off, and encourage them to try again! 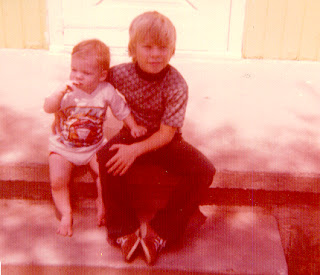 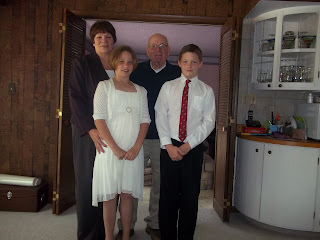 And finally I have learned that being a MOM doesn't always mean giving birth to them:
Posted by Paula at 2:08 PM