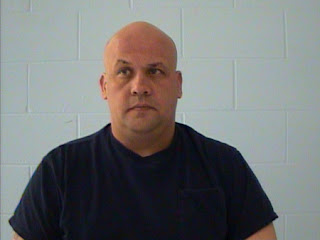 A McPherson County jury deliberated 13 hours before returning the verdicts Thursday against 39-year-old Mike Akins Jr. Akins was the police chief in Inman, a town of about 1,200 people, when the crimes allegedly occurred in 2009.


The Hutchinson News reports Akins was found guilty of molesting, inappropriately touching or soliciting three girls, now 10, 11 and 15 years old. He was acquitted on four charges, including molestation of another child in the family, a boy now 14 years old.

Akins denied the charges during the trial. He said he often wore only boxer shorts around the children simply for comfort, and had the girls help shave his back because he couldn't reach it.

Information from: The Hutchinson News, http://www.hutchnews.com

Email ThisBlogThis!Share to TwitterShare to FacebookShare to Pinterest
Labels: newsworthy