January started at our house with us still making room for the two kids who showed up on our doorsteps in December 2008. It now looked like they would be staying for awhile ,so we needed to decide what to do with them. Harley is bunking in with Granny and Darian took over the office. We celebrated the start of a new year. On January 9th, Papa turned 76 years young. January 11, sitting in the parking lot at work ,I got the bad news that the oldest son was arrested and in jail for manufacturing meth. A sad day for all of us. The big news in the USA on January 15 was about the heroic pilot, Sulley Sullenburger, who landed a plane on the Hudson river and all 155 passengers survived. I am still smiling. We inaugurated our 44th ,first black president, Barack Obama, on January 20th. Time for a change, he says (and I am still waiting to see how things are going to change). Unfortunately, January also brought us the Octomom story…..and it lasted for months until I was nauseous. The grand kids mom left rehab and returned home late in January (but the kids stayed with us) January 31, we celebrated Darian’s 11th birthday with cake, ice cream and presents.
February 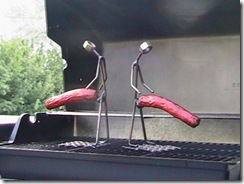 February had now arrived. On February 4th Harley turned nine. Again we had cake and the fixings and presents for her. This was the month that also found Darian suspended from school for “inappropriate pictures”he found (and shared) from the Internet. (see above picture of hot dogs) Big lesson learned! Valentines Day was celebrated in the usual way. And winter continues. Although we had several days in the upper 60’s.
March
March came and brought with it Spring Break. Harley spent the week in the country at a friends farm and enjoyed every moment she was there (except for the little episode that included 3 girls with head lice!). March is also when Barack Obama nominated our own Kathleen Sibelius as the Secretary of Health….go Kansas. The weather so far has been crazy .. it brought the first tornadoes of the year here in Reno county.
Then on March 27th we had the big snow of the year. Too much snow to leave the house and travel up the road to work.
April 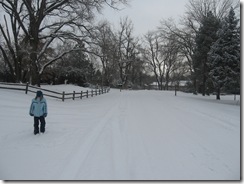 April came in with Granny turning 58 on April 8th with a quiet celebration. Lots of snow still on the ground and Easter around the corner. This year Paige stayed overnight with Harley and the two of them set up a trap to snare the Easter bunny. Unfortunately, they both fell asleep before he arrived They later told granny they had found her Easter stash and they knew who the ‘real’ Easter bunny was April also was the beginning of 19 back surgeries for brother Fred. Could not get the spinal fluid to quit leaking.
May 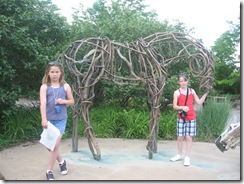 May was mostly uneventful. School ended and we jumped into the car for a long weekend in Lawrence with cousins. We learned to play the Wii and took in the Kansas City Zoo.
June 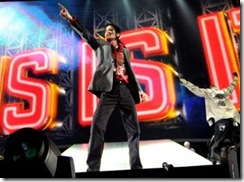 When June arrived it brought much sadness as it was a month of loss in the celebrity world. Farah Fawcett lost her long battle with cancer and the unexpected death of pop star Michael Jackson. Harley can not stand for us to mention his name….”he gives me the creeps” See how little kids can tell!! And sadly, but finally, the voice of Billy Mayes has been silenced. I also had my first grandchild graduate from high school this year. Way to go Katie.The last of June found oldest son being sentenced to one year in county with an underlying sentence of 13 years.
The kids went to several camps this past summer. They learned how to jump, how to play basketball and football and caught some big fish. The memories will follow them throughout their lives.
July 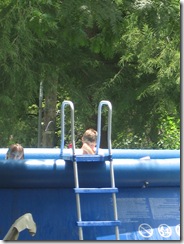 On July 4th we had the family all gather at our house for a big backyard picnic. Good to see everyone. And at the moment all were pretty healthy. The swimming pool was up and the weather was hot. The grass grew and was mowed and grew again. The tomatoes began to ripen on the vine. All the flowers grew into massive beauties. Ah, how I love the summer months.
August
August began with a call for jury duty for me. I reported, told my story, and they sent me home. End of story. On August 6, Papa and I celebrated 30 years together and 13 years of marriage. August was when we also said goodbye to Ted Kennedy. RIP Teddy!
Ah August 24….school starts again. I loved that day when I was a young mom sending my sons off to school. And it is even sweeter now sending off the grandkids. Thank God for school.
September 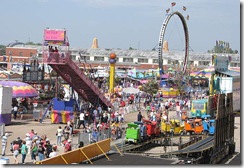 September arrived with many activities both in church and in school. Never knew how busy two kiddos could keep an old man and an old woman. The economy doesn’t seem better at our house, but the president says it is. Nothing like a few trips to the Kansas State Fair to make our days seem brighter. But $43.00 for corn dogs and cokes. Ridiculous.
And football season came. Darian was playing for the first time. He was on the defense/offense line. And did well. Go Celtics.
Patrick Swayze lost his battle in September and went on to the big studio in the sky.
October 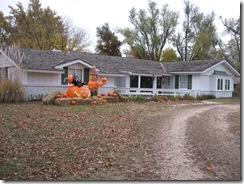 Now fall is in full bloom and October has arrived. I love the beautiful colors but not the cooler tempeture. But alas I live in Kansas so that is life. We took in a day at the Renaissance Festival in Kansas City and it was so cold that we froze off our little buns. But still enjoyed the day. And then I managed to get lost right off the interstate. Thank the lord and Alltel my cousin was able to locate me and lead me home. October 15 I stayed glued to the TV one afternoon as a little boy floated away in a hot air balloon only to later learn it was all a hoax. Balloon Boy I will remember you. Sister-in-law, Pam made a trip to the city and survived another big surgery and for that we are thankful.
November 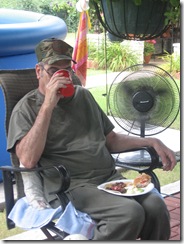 November has arrived and Thanksgiving at my house. Was expecting a big crowd and some came and some were called away with sadness. Brother Fred is in St. Louis awaiting a heart aneurysm repair. He came though with good results and was home again soon. Unfortunately this month also brought us the fall of the super sports star, Tiger Woods….who the hell cares. He is famous for the incredible way he plays golf. Not for how many women he slept with. The media cannot let go.
December
Now December arrived and Christmas came and went. We have our own Wii now along with lots of other things and the garbage can is full of boxes and wrapping paper. We packed on some pounds and filled drawers and closets with new toys and clothes and once again heard….”this was the best Christmas ever!” The Medicare and Medicaid cuts have hit the nursing home business and we are all told to tighten our belts and figure out ways to save money. They are watching our time sheets like hawks and there will not be a cost of living increase this year. So the year ends as it begins.
Oh, yeah, and we went to court on December 21 and was granted legal guardianship to these two beautiful grandkids.
Other things that will make me remember 2009 are Jon and Kate….how the heck did they get so much attention. My God 8 kids and they still had time to fight, bicker, and divorce. Another ‘who cares’ here! And Susan Boyle….what a homely woman with a beautiful voice. It is good to see an average person win for a change. But the Nobel Peace prize to Barrack Obama?????? For what???? I still haven’t figured that one out. 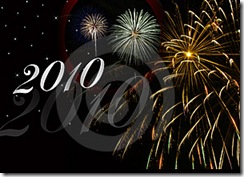 Email ThisBlogThis!Share to TwitterShare to FacebookShare to Pinterest
Labels: Year in review 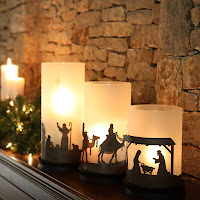 You may buy this candle set @ Dayspring

Here is hoping that you all have a Merry Christmas
Posted by Paula at 11:42 PM No comments: 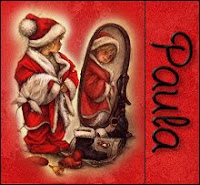 Saturday 9: White Christmas
1. If you live where you get winter weather, do you prefer your Christmas to be white? If you never see snow, do you wish for it?

I DO live where there is winter weather. And if I got to chose, I would chose
NEVER to see snow!
2. How many holiday cards did you receive from people you hadn't sent cards to, after the "mailing deadline?" Did you send a card anyway?
All the cards that I received this year came from those I hadn't sent cards to.
I didn't send out a single Christmas card. So.......
Merry Christmas
3. When the clock strikes Midnight on New Year's, will you be at home, at a party, or somewhere else?

I plan to be at my cousin's house....
4. Have you ever taken the keys and driven home a friend that you felt was too drunk to drive? If not, do you think you would attempt to if that situation ever arose?

Hmmm...nope don't think I have ever done that. But I would surely attempt it if the situation ever arises
5. Tell us about a gift that you either bought or made for someone else that you wanted for yourself!

Most of the gifts that I buy I want for myself. That is how I shop
6. What chores do you have left for the holidays?

I have some shopping yet to do. I have ALL the gifts to wrap. And I have a dinner to cook.
7. If you could buy one gift for yourself where money was not an obstacle, what would it be?

I would send myself and my family all to the Caribbean for Christmas
8. What is one of your family’s favorite holiday traditions?

We get into the car, with a thermos of hot chocolate, and go see Christmas lights.
9. If you could give a fellow blogger a holiday gift, which would it be and what would you give them?

I would give them the gift of blogging ideas...seems like that is something I am always running out of.
Posted by Paula at 4:37 PM 3 comments: 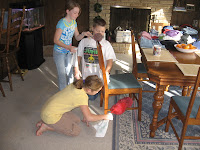 It is nice to have help when getting ready for the holidays.
Thanks guys!

On this first day of December

A Magical Christmas
by Sharlett F. Hunt 11/30/09
+++
There's magic in this moment
Fresh smells are in the air
The sights and sounds surround me
It's Christmas everywhere!