Today we ripped this meme off a blogger named Iain Dale 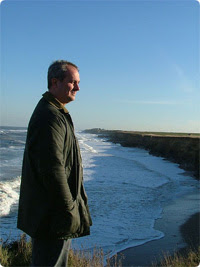 from the blog Iain Dale’s Diary. It appears that Iain actually wrote this meme. So we may have been the first to steal the meme outside of the folks he tagged. In his bio it states, "Iain Dale is one of Britain's leading political commentators, appearing regularly on TV and radio. He writes a fortnightly political column for the Daily Telegraph and a fortnightly diary for the Eastern Daily Press." Enjoy! Link back to us at Sunday Stealing!

Cheers to all us thieves!
Sunday Stealing: The Twenty Firsts Meme
First job: My first job was a waitress at Lum's Resturant here in my hometown. They cooked hot dogs in beer!

First Real Job: My first real job was as a secretary in an Insurance office.....hated it!

First Car: My first car was a red Buick Riviera....can't remember the year. I loved that car.

First Record/CD: My first record was by Elvis...don't remember the title.

First Sport Played: I played softball a couple of summers when I was a kid and I only played cause my mom made me....I was not an athlete.

First Concert: The first concert I ever went to was Johnny Cash. Loved him then and love him now......Ring of Fire!

First Foreign Country Visited: The first foreign country I visited was Venezuela. We took an awesome 4-wheel jeep tour along the coast..

First Favorite Actor: My first favorite actor was Elvis. It wasn't until I was an adult and re- watched some of those movies that I learned that Elvis really couldn't act.

First Favorite Actress: I don't really remember ever having a favorite actress.

First Girlfriend/Boyfriend: My first boyfriends name was David. He was 6 and I was 5. He would pick me flowers and walk me to school...

First Encounter with a Famous Person: I was at a nursing conference in Las Vegas once and saw Robert Redford at the Hilton.....I acted like any tourist and screamed!!! Embarrassing.

First Brush With Death: I have never had a personal brush with death. However, I was only 8 years old when my dad died.

First House/Condo Owned: The first house I owned was a small three bedroom ranch on 1/2 acre and it is less than a mile from where I now live.